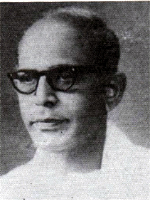 From April 1960, Mr. C. K. Kanthaswami acted for the principal for the third time and and was made principal in November of that year. He had been on the staff from September 1940. He had grown with the school. He was modern and forward looking and was weaned in the ways and traditions of Kokuvil.

The college became a state school in December 1960. He deftly handled the transition, from assisted school to a Director-managed institution, without serious impairment to his reputation of fair-mindedness, his integrity and his sincerity. Like his predecessors in office, he had been equally successful as a fund raiser. He continued the building programmer and commenced work on another three-storied building. For thirty long years, he had served the college, as science teacher, vice-principal and principal and was witness to its rapid growth and fulfillment.

He so loved Kokuvil that he was not lured by prestigious positions in other institutions. He preferred the teaching profession to a career in engineering in London and dedicated himself to teaching in our village school. 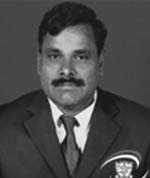 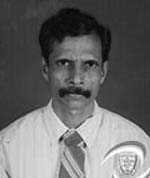