The colonial Government handed over the monopoly of education in Sri Lanka (then Ceylon) to anglicised clergy-the three Protestant Christian missions: The Anglican mission, The American mission, the Wesleyan mission-and gave them financial assistance because its definitive policy was to convert the people of Ceylon to Christianity through education. But Catholics, Buddhists, Hindus and Muslims were left out. Christopher Bonjean, a French missionary who was Bishop of Jaffna and later Bishop of Colombo, headed the agitation and strongly advocated a school system which permitted each religious denomination to open and conduct schools for it children with financial aid from the state.

So in 1865, a committee was appointed by the legislative council to enquire into and report on education. On a recommendation by this committee, the Govt. abolished the Protestant dominated Central School Commission set up in 1841 and, in its place, established in 1869, the Department of Public Instruction, which now exists as the Dept. of Education. The committee also laid down two principles regarding Education in the country:

1.that every religious denomination could open schools for its children
2.that Government Grants would be given impartially to all such schools that provided a sound secular education. 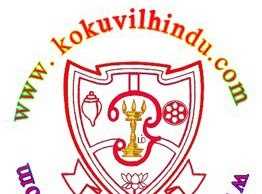 Projects admin - February 8, 2007
0
The C. K. K. Learning Centre is the second best IT facility in Schools of Sri Lanka, according to the Department of Education. The...
Donation Page
Membership form